Between 1810 and 1820 the Spanish painter and printmaker Francisco Goya (1746–1828) created ‘The Disasters of War’, a series of 82 prints. During this period Goya was first court painter to the Spanish crown and continued to produce portraits of the Spanish and French rulers.

Although deeply affected by the conflicts, he kept his thoughts private and only expressed them in these prints. They were not published until 35 years after his death, in 1863.

This series of prints are a devastingly effective visual protest against the violence of the wars and conflicts that took place between Napoleon's French Empire and Spain between 1808 and 1814, and their aftermath. In these works Goya breaks away from earlier artistic traditions. He rejects the bombastic ‘heroics’ of most previous Spanish (and other) war art to show the real effects of conflict on individuals.

Many of the works focus on incidents from the war and show the effects of the conflict on individual soldiers and civilians. Others record the effects of the famine that hit Madrid in 1811–12, before the city was liberated from the French. Goya's scenes of atrocities, starvation, degradation and humiliation were from their publication recognised as shockingly new and have been described as the "prodigious flowering of rage" as well as the "work of a memory that knew no forgiveness."

The serial nature in which Goya’s prints unfold has led some to see his images as similar in nature to documentary or reportage photography, at that time a newly emerging method of portraying reality in pictures. So new that the first war photographs, of the Mexican-American War (1847), of the Crimea (1853-6), of the Indian Mutiny or India’s First War of Independence (1857), the second Opium War in China (1856-60), and the American Civil War (1861-5), were just being created and shown.

Viewed today, Goya’s series (finished well before these first photographic records of war were produced) seems to express much of the intimate tragedy and to embody all the intent and achievement of the best photojournalistic projects of war, such as those of the socially aware 20th Century photographers Robert Capa or Don McCullin.


EXAMPLES FROM THIS SERIES OF PRINTS :

No. 9 – An elderly woman wields a knife in defence of a young woman who is being assaulted by a soldier 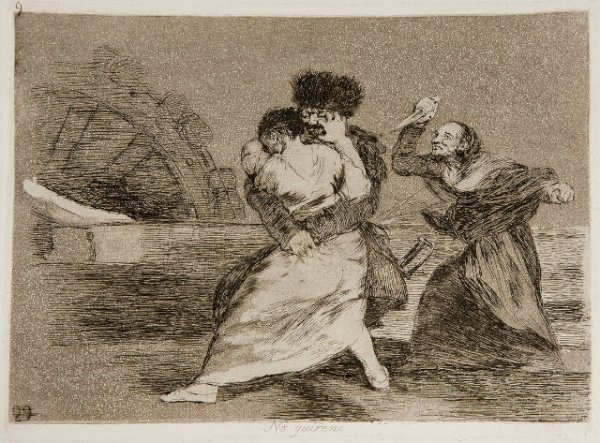 No. 15 – Prisoners executed by Firing squads 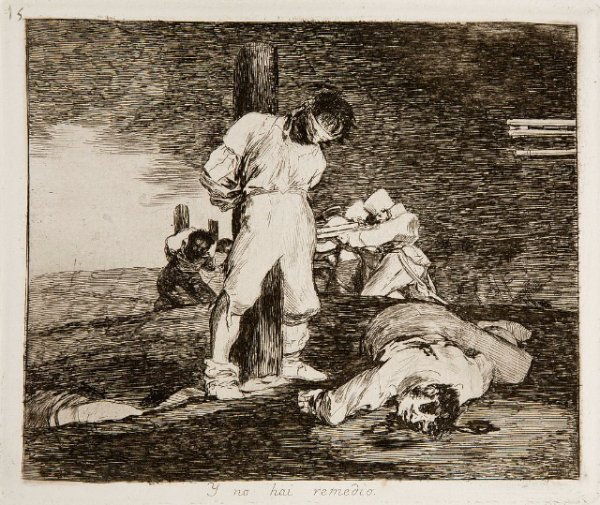 18 – Atrocities, Starvation and human degradation described as “the prodigious flowering of rage” 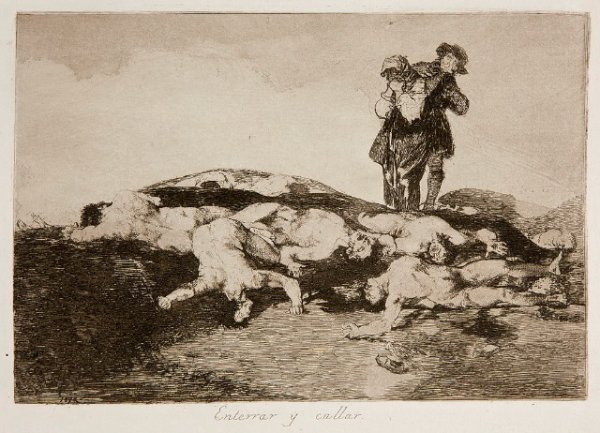 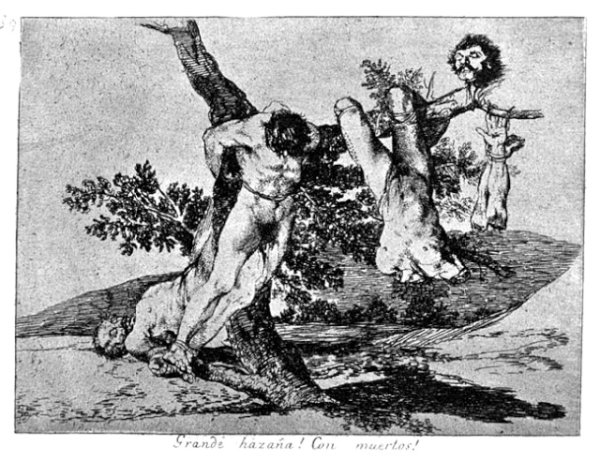 No. 41 – Men and women some carrying each other run into the night, amidst chaos and terror 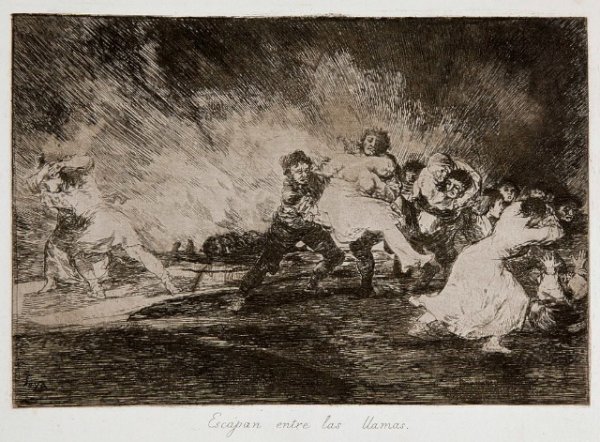 No. 60 – On a hillside, three women lie dead and a lone figure weeps in mournful grief 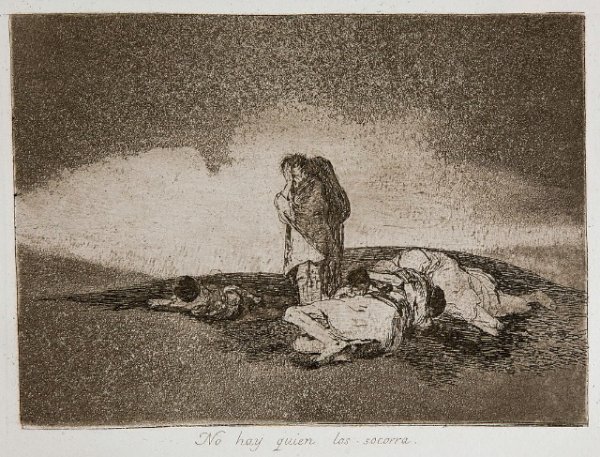 No. 64 – Cartloads for the cemetery 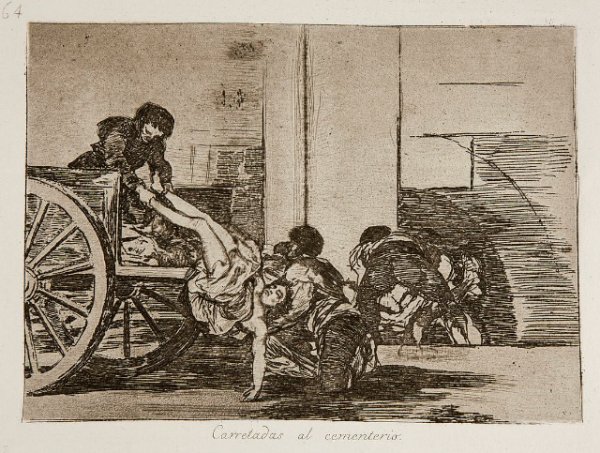 70 – A long line of male prisoners extending for a great distance, bound together with rope, walk across a mountainous countryside 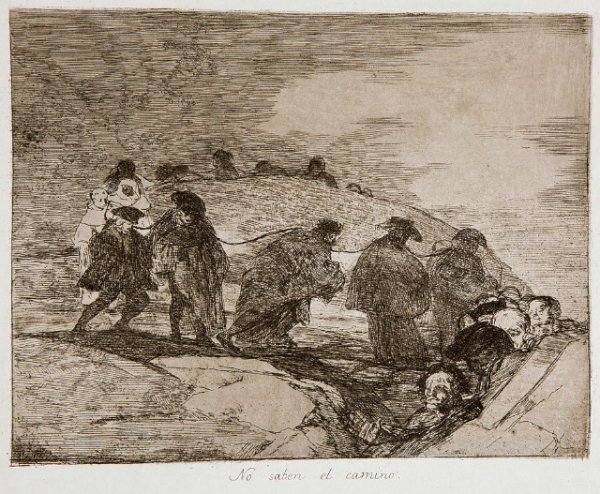