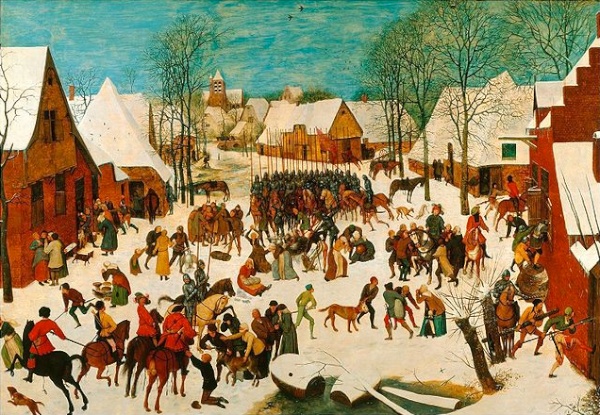 ‘Massacre of the Innocents' by Pieter Breughel the Elder is a clearly political work, but of a different kind. At the time he painted it his country Flanders was occupied by and under the oppressive rule of the Spanish empire.

The painting is of a Biblical story, except that : The scene in the painting is not set in the middle east but in a village in the Flanders countryside, Herod’s troops are clearly in Spanish uniforms, the Spanish army’s German mercenaries are also present, Christ is not being goaded by Roman soldiers but by Spanish soldiers, and various other elements of the picture are clearly set up to portray an atrocity taking place as part of Flanders’ current oppression by the Spanish.

The troops were in this village to obliterate it, under the orders of King Philip II of Spain. The inhabitants of the village (as Protestants) would already have been declared heretics and automatically sentenced to death.

Today, Brueghel is often discussed as a simple ‘peasant painter’. Prints of his work are sold around the world in millions, as greetings cards and domestic wall posters. Most people are aware of his rural scenes, with lots of characters and events taking place in them but his work is far from simple. Almost all his paintings are full of symbolism, metaphor and commentary at a deeper level. They are not superficial. Around the time of his death in 1569 his home was occupied by Spanish troops so he ordered that all his satirical cartoons should be destroyed, to protect his friends and family. 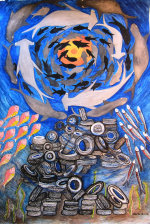 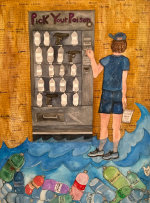